Andrea Capere is an award-winning filmmaker, poet, and organizer. She was chief video editor on Beyond Burkas and Bombers (2013), receiving a NATAS NW Emmy Nomination for Collegiate Non-Fiction as well as the Mark of Excellence in Collegiate Reporting from the Society of Professional Journalists. Her most recent documentary, Namibia Nine (2015), focused on the education and accomplishments of nine Namibian exchange students who returned to rebuild their democratic nation post-apartheid. Andrea is the Policy and Communications Director for Washington State Community Action Partnership, supporting 30 agencies dedicated to ending poverty. In addition, she serves as Chair of the Alliance for Community Media Northwest, advocating for the interests of public media in the region and is the Regional Representative to the national Alliance for Community Media. Andrea earned her Bachelor of Arts in Sociology from Pacific Lutheran University, Master of Public Administration from Portland State University, and participated in the Seoul Case Study Program, a policy intensive, through the University of Seoul. 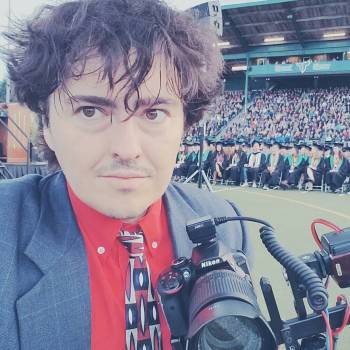 Charles Douglas is a writer, photographer and television producer with a passion for free speech advocacy and community empowerment. After paying his dues as a starving journalist and digital media developer in California, he’s spent ten years at five access stations along the West Coast. Whether it’s operating thousands of hours of live government meetings, engineering cablecast & streaming systems, directing field and studio productions for both hyper-local and national distribution, and teaching workshops in digital literacy and media making, Charles has covered the waterfront in making media centers work. He’s currently the newest team member at KLTV in Longview, Washington where he runs remote productions, and he just departed a stint on the Board of the Alliance for Community Media – Western Region.

Jon Funfar – Vice Chair
he/him
Jon is currently with the City of Pasco, Washington, as Communications Program Manager. Jon is “one man band”, operating PSC-TV, government access for the City, the City’s website, print publications, and cable franchising.  An Alliance member since 2000, he has been on the Regional Board since 2001.  Jon serves as Vice-Chair and is the Region’s representative to the National ACM Board, where he served as National Chair for 2016-2017.

Chris Lawn – Secretary
he/him
Originally from Massachusetts, Chris Lawn has had the pleasure of working in community television for over 10 years at five different stations of varying sizes. He is currently the Media Services Technical Lead at Open Signal in Portland, OR. He recently had the immense pleasure of being one of the people who led his fellow staff and volunteers who helped make the 2017 Stories For Change Summit a success.

Chris is an affable extrovert with a passion for social justice and has a natural talent for connecting with people from all walks of life, genuinely enjoying taking on new challenges and collaborating with colleagues and peers.

Jessica Liu – Member At-Large
she/her
Jessica is originally from Oakland California and has over 10 years of experience in digital media industries. Her professional background includes video game development, sound design, video production, marketing and outreach. She is currently the Digital Equity and Inclusion Manager at MetroEast Community Media, located in Gresham, Oregon. She fancies herself a musician, poet, and cartoonist. Jessica is energized for the opportunity to meaningfully engage communities and celebrate the radical origins of community media.

Luis works at Capital Community Television in Salem, OR as the Community Facilitator and loves helping people develop their ideas into programs. Video production started as a hobby for Luis, and has turned into his full time job. He producers three different Spanish-Language programs. CVEL PUNTO is a talk show that covers important information in the Spanish-speaking community. The title of the show is a combination of the first letter of the hosts’ names, which is combined with “Punto” meaning, “We See the Point”. His second program is called Conexíon con la Salud (Health Connection) which is about eating healthy, staying fit, and preventing illness. The third program is Mini Concierto de Studio 77 (mini concerts of Spanish music). He is also the director for a monthly music series called Local Roots, where local bands perform 30 minutes of original music in CCTV’s studios. English is Luis’ second language, which he continues to work hard to master. He likes new challenges, because that’s how you learn and grow. In his free time, Luis enjoys spending time with his family and friends, and working on cars, motorcycles, and electronics. 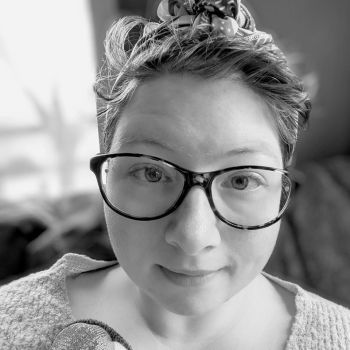 Nicole Plastino is a dedicated inter-disciplinarian who currently works in the museum field. Her professional background includes some fascinating hands-on history, including working as a field assistant for multiple archaeology projects, as a conservation intern for historic preservation, and videographer and support person for various causes. Nicole holds a Bachelor’s degree in Anthropology and Religion Studies from Pacific Lutheran University and is a student in the Master of Nonprofit Leadership at Seattle University.

Sabrina Roach – Member At-Large
she/her
Sabrina worked in public media for eleven years before joining the Doer program at Brown Paper Tickets in early 2011. She worked at KUOW and KBCS in various capacities, including production, development, membership, marketing and community engagement. Sabrina was recruited to the Brown Paper Tickets Doer program to focus on public interest media organizations and independent projects in the US and Canada.